Traditional, Mileage-Based, and Driving-Based Auto Insurance — What's Right For You?

Today's drivers have a choice when it comes to how they would like their auto insurance rates to be calculated. Which is right for you? To help you find the best coverage for your specific needs, here's what you should know about traditional, mileage-based, and driving-based auto insurance.

In general, most auto insurance policies base their rates on a few common factors. These include the age and other characteristics of the driver, based on information about how such a driver is likely to drive. It also includes the age and type of vehicle, which informs accident rates involving it and owners who tend to have this type of vehicle. Finally, your own past driving record can lower or boost your rates.

Clearly, traditional insurance methodology doesn't allow much personalization. While it may be right for many drivers, it's not necessarily the best choice for those outside the norm.

Obviously, the biggest risks faced by your vehicle are faced when it's on the road. So, what if you don't drive it much? Shouldn't you get a discount from a carrier who's less likely to have to pay out for claims?

This is the reasoning behind the innovation of mileage-based auto insurance. Using modern technology, your carrier agrees to a per-mile and/or per-day rate when you drive the vehicle. A plug-in device allows the company to track your mileage and a few other relevant factors, such as driving after midnight.

Someone whose car is rarely used and used largely during standard hours could save plenty over traditional insurance.

Finally, driving-based insurance takes this customization one step further. The plug-in device tracks not only when and how long you drive but also how careful you are about doing so.

Rates based on your good driving habits can bring significant financial rewards. For instance, careful drivers will get credit for their good choices — something only possible after many years of a clean driving record.

However, it also helps keep your particular rates low by helping you avoid accidents. This happens in two ways. First, knowing that someone is paying attention often causes drivers to subconsciously use better habits, such as not speeding. Second, suggestions based on your patterns of driving can make you a better, safer driver.

Where to Learn More

Could a switch to some form of usage-based insurance rates help you save money and drive better? Find out by meeting with an auto insurance provider in your area today. 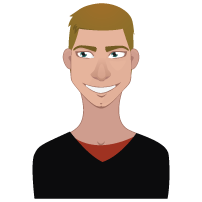